As far back as 1997, musicians, like U2, have used LED lighting during their shows. Not only did they lower the tour’s power costs but had a powerful environmental awareness message. According to an article written by David Kushner, the lighting designer for Nine Inch Nails explains “LEDs evolved into household lighting fixtures and are very power-efficient. The bulbs run

X
Hello, Please choose which representative you would like to talk to. 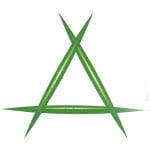